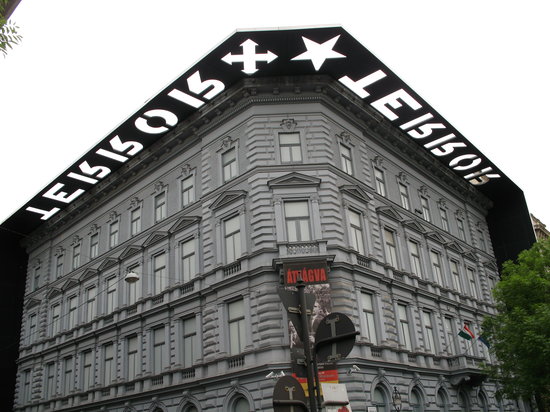 In the fall of 2016, I had the privilege of visiting Budapest, Hungary while I was studying abroad. When I was there, I went to a museum called the House of Terror. Little did I know, that the Museum would open my eyes to a part of history I was never taught. The building is a replica of the headquarters of the Nazi Party during their occupation and then the Soviet headquarters as well. They made this museum to remember of victims of these two bloody regimes. But let’s focus on the Soviet side.

The Hungarians were a little optimistic after the Nazis left but once the Soviets “tracked down and forcibly sent away anyone considered to be a threat to the implementation of the Communist system, including ex-prime ministers, ministers, members of parliament, ambassadors, army officers, priests and teachers, [they] also took those young men and women who were capable of working, the majority of whom were not even yet 20 years old” (House of Terror). In all, 600,000 Hungarians were sent to the Gulags with 300,000 never returning. The hunt for “possible threats” lasted for years and then the Hungarian people finally got fed up and started an uprising in 1956.

Hungary was already opposed to the ruling Communist party and the Catholic church lead an opposition that was supported by the general public. The new communist order threw away the old values and morals of the Hungarian society. “They persecuted religion; the leaders of the party, Stalin and Rákosi, replaced God and everyone had to worship them.  Patriotism was forbidden; they expected Hungarian people to identify themselves with the goals and interests of the Soviet Union” (House of Terror) Children were supposed to turn in their family members who did not follow the ways of the Communist party and were held up as models. The regime was one run by fear and terror.

The uprising’s catalyst was Khrushchev’s denunciation of Stalin speech. The uprising started in June 1965, “when workers in the Polish city of Poznan demonstrated against cuts in wages and the insensitivity of local authorities to their grievances” (Siegelbaum). Wladyslaw Gomulka was then elected as first secretary and contained the popular discontent until October. In October, university students gathered in Budapest’s center to commemorate “poet Sandor Petofi, sing nationalist songs, and demand greater freedom of expression. Their demonstration turned militant. The printing plant of the party’s newspaper was sacked, and shots were fired in the streets” (Siegelbaum). For a month, the Soviets tried to regain control over Hungary but they were forced to send in additional troops and caused the biggest crisis in the Warsaw Pact until Czechoslovakia in 1968. Forgive the long quote but “Around 20,000 people were wounded, more than 2500 died, 2000 of whom were from Budapest. Approximately 200,000 people were forced to leave their homeland. In the first few days of November, the Soviet authorities caught around 5000 people, of whom 860, including young children, were sent by the KGB to the Soviet Union as prisoners of war.  Around 300-450 people died in volleys.  On the basis of instructions given by Soviet advisors, around 15,000 people were sentenced in Hungary, and 229 people were executed.” (House of Terror) All because they didn’t want to live under communism anymore.

What happened after the uprising, is exactly what took place before. Hungarians living in constant fear and terror that they will be tortured and killed, or their family will be, or their family will turn them in. The worst fact that I read while I was at this museum was that the last POW was returned to Hungary in the early 2000s. Almost a decade after the wall fell. What happened to these people was horrific and I have only scratched the surface. If you want to learn more about what happened to the Hungarian people under two bloody regimes visit http://www.terrorhaza.hu/en where you can explore every exhibit virtually.

6 thoughts on “Not a BUDAful place to be”